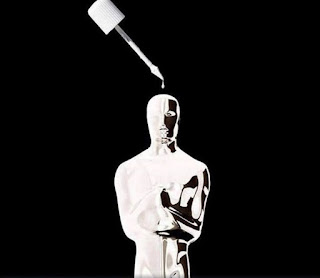 Spike Lee has spoken out on the whiteness of the Oscars this year, although he says he is not encouraging a boycott.  He simply isn't going.  No reason to go since his highly touted Chi-Raq wasn't nominated for a single award.  I thought this might have been because of its late release, but both The Revenant and The Hateful Eight came out after Spike Lee's movie.

It really is hard to figure why the Academy of Motion Picture Arts and Science has such a hard time picking Blacks or any persons of color for the top awards.  Part of it is due to most of the Academy being White (94%) and male (77%).  There are over 5000 members and each has a say in the nomination process.  It is doubtful that many of them even watch the films, going on buzz or leaving it up to their kids to fill out the ballots.  How else does Mad Max get nominated for 9 Oscars?

The Revenant isn't much better.  It is Alejandro Gonzalez Inarritu's depressing ode to the Lost West with Leonardo DiCaprio as a facsimile of Hugh Glass, a fur trapper who survived a bear attack and sought revenge against those who left him behind to die.  As far as I was concerned, the bear was the star of this show and should have gotten the acting nod over Leo, who barely managed more than a few grunts and some mumbled attempt to speak an Athapaskan language.  But, it is probably enough to win an Oscar.

Idris Elba played in a far more meaningful film, Beasts of No Nations, but neither the film nor he got any mention.  Seems like Hollywood isn't ready for Netflix productions, much less powerful black actors like Elba, who can fill the screen as good as anyone.


This year's nominations are for the most part popcorn movies.  The Martian is just Castaway on Mars with a whole bunch of hero worship thrown in for good measure.  The Big Short relies mostly on shtick to sum up the 2008 stock market crash, with Brad Pitt looking like a caricature of a middle-aged Robert Redford.  Bridge of Spies is Spielberg's Cold War thriller with a script apparently written by the Coen Bros.  Spotlight is a melodrama on child abuse in the Catholic Church.  Room is a thriller about a mother and daughter held captive in what amounts to little more than a walk-in closet.  Brooklyn is yet another nostalgic look of Irish immigrants struggling to find their way in New York, notable mostly for the very talented Saoirse Ronan in her first major role.

It's hard to understand why the highly popular Straight Outta Compton shouldn't be considered among this grab bag of films.  This led Snoop Dogg to opin on the subject in his colorful way.  Not even the affable Will Smith got a nod for Concussion, one of the few timely films this year, which dealt with head injuries in the NFL, albeit met with mixed reviews.  It's not like Hollywood turns its back on black film makers and actors.  Universal Studios bankrolled Straight Outta Compton, and Concussion was produced by Ridley Scott no less.  So why the cold shoulder from the Academy?

Most of the films nominated were released in December, with the notable exceptions of Mad Max and The Martian.  So, it seems Academy members didn't even bother to look at films made earlier this year, drawing primarily from the holiday season fare.  But, this doesn't explain the snub of Spike Lee's Chi-raq, which premiered during Lenten season.

The Foreign Language category offers the most diversity as usual, with films from five different countries.  The Hungarian film, Son of Saul, is considered the clear favorite, dealing with (you guessed it) the Holocaust.  It makes up for pesky Iranian films like The Separation, which won the Oscar in 2012.


Maybe there should be a category for Black films at the Oscars since Black filmmakers are so rarely included in the top categories.  A kind of separate but equal category to show that the Oscars at least has them in mind, like the foreign language films.

Stacey Dash argued that's pretty much the way it is now with the Black Entertainment Network (BET) sponsoring an awards program to honor its own.  The Fox television pundit wasted no time stirring up controversy after her two-week suspension by saying that Blacks should give up their own double standard if they expect the Academy or any other predominantly White establishment to take them seriously. She also took another pot shot at Obama in noting that having a Black President hasn't elevated the status of more Blacks in Hollywood.

It seems Black film makers and actors have to make films about the Civil War or Civil Rights if they want to be considered for major awards.  Anything else is too trivial for the Academy.  The sad part is that winning an Oscar doesn't assure continued success.  Lupita Nyong'o, who took home an award for her supporting role in 12 Years a Slave in 2013, has only gotten small roles in Non Stop and Star Wars the last three years.  Compare that to Jennifer Lawrence, who has gotten one plum role after another ever since her Academy-award-winning performance in Silver Linings Playbook, and is once again nominated for an Oscar, her fourth time.

Little wonder BET offers a venue for aspiring Black filmmakers and actors, including Stacey Dash, who appeared on The Game, 2009-11, before landing her current gig with Fox.  Chris Rock humorously put the shoe on the other foot, calling the Oscars the "White BET Awards."