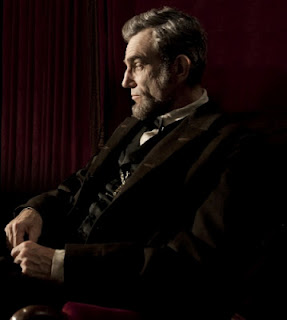 Dainel Day-Lewis certainly cuts a striking image of Lincoln for the upcoming film due out in November.  The biopic is based on Doris Kearns Goodwin's Team of Rivals, so one doesn't have to worry about Lincoln stalking vampires in this one, although it looks like Spielberg applies a rather heavy hand.

I hadn't realized Robert Redford had made a movie on the assassination of Lincoln, entitled The Conspirator, just last year.  Here's a trailer.