Flirting with the Fiscal Cliff 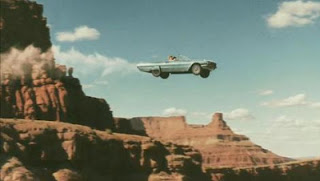 Flipping through the channels last night I saw three CEOs, including the head of UPS, on Bloomberg arguing that it is enough to close loopholes in the tax code to increase revenue and spare us a nose dive off the "fiscal cliff."  On National Geographic, I saw "Doomsday preppers" feverishly preparing stocks for the end of the world.  They come from various points of view, but the guy last night was bottling his own wine to use as barter in a post-apocalyptic society, while eating cans of dog food.  On CNN, the House and Senate leaders  came to the podium to announce they were ready to talk compromise, although Boehner and McConnell didn't appear to be giving much ground.

Watching the events of the last 15 years from a distant vantage point, it amazes me that the Republicans and their CEO friends feel like they are still fighting an ideological battle.  They won a long time ago.  The Clinton administration was essentially a repudiation of Democratic values in favor of Republican values, outflanking Republicans in Congress on everything from a crime bill to a balanced budget.  After 11 years as governor of Arkansas, Clinton knew how to play the game and he played it well.

Obama hasn't been quite as good.  He still let a few Democratic initiatives slide through, like the Affordable Health Care Act, which made Republicans cringe.  But, otherwise he pretty much played by the same game plan, even suggesting Social Security and Medicare be put on the table for domestic cuts, which Biden quickly reminded him was off limits.  To hear these CEOs bitch on Bloomberg, to raise taxes would be the end of the free market as we know it, sending all these "doomsday preppers" into their rat holes, while the rest of us battle it out in the post-apocalyptic city streets.

Each winter the business titans meet in Davos, Switzerland, to discuss strategy.  While this business summit is a bit too much like Ayn Rand's mountain summit in Atlas Shrugged, these business leaders are for the most part progressive and are looking for ways to spur the global market and better the lives of the lumpenproletariat, if for no other reason than to be able to buy their products.  This was essentially the strategy behind "globalization," which is rarely uttered these days.

Warren Buffett seems to think staving off the "fiscal cliff" is relatively easy business, but when one side refuses to back down from its Grover Norquist anti-tax pledge, it no longer appears so easy. The Democrats feel they won a mandate to raise taxes on the wealthy in the polls, but Boehner argues that since the Republicans held onto the House the mandate remains theirs.  Mitch is kind of stuck in the middle, looking weaker than ever as Senate minority leader, but even he still strikes a bellicose tone on tax cuts.  Meanwhile, President Obama listens to labor and business in a series of meetings hoping to reach a compromise that he can present to Congress.  We can only hope all this is done before December 21.