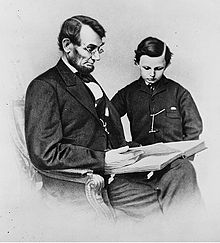 The official “pardoning” of White House turkeys is an interesting White House tradition that has captured the imagination of the public in recent years. It is often stated that President Lincoln’s clemency to a turkey recorded in an 1865 dispatch by White House reporter Noah Brooks was the origin for the pardoning ceremony. Brooks noted,

About a year before, a live turkey had been brought home for the Christmas dinner, but [Lincoln’s son Tad] interceded in behalf of its life. . . . [Tad’s] plea was admitted and the turkey’s life spared.

The Washington Post used both “pardon” and “reprieve” in a 1963 article in which President Kennedy said of the turkey, “Let’s keep him going.” The formalities of pardoning a turkey gelled by 1989, when George H. W. Bush, with animal rights activists picketing nearby, quipped,

. . . this guy [has] been granted a presidential pardon as of right now. 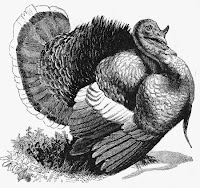 Posted by James Ferguson at 8:33 AM