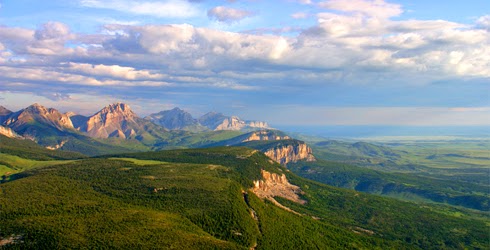 It was the novel by A.B. Guthrie Jr. that attracted me to Montana.  The Big Sky set the stage for Guthrie's homage to the West, which would consume him in the years to come.  The story follows the life of Boone Caudill, a native Kentuckian, like Guthrie's father, who gives into the great Westward urge.  He becomes a mountain man, friend of the Blackfoot Indians, and finds love and loses love in Teal Eye in rather melodramatic fashion.  However, it seems his biggest love is for the great expanse the West has to offer, which he describes in vivid fashion.

Guthrie settled down himself at the Montana, and for better or worse set the template for Montana literature according to history professor, Keith Edgerton.  Guthrie won the Pulitzer Prize for The Way West and his books were eventually made into movies.  He became a screenwriter himself, notably for Shane, set in neighboring Wyoming, which is still regarded as one of the best Hollywood Westerns. 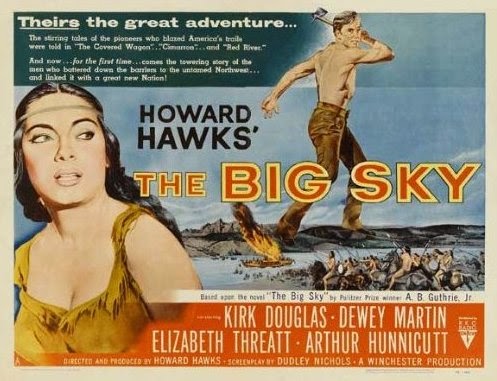 I drove across the expanse of Montana along Interestates 94 and 90, worried mostly about gas in such a big sparsely populated state, as I normally would have taken a US Highway like 2, which runs further north through the state.  I passed through the well known cities of Billings, Bozeman and Missoula before turning down through Idaho, and picking up the trail of Lewis and Clark.

This was all Blaskfoot country at one time.  They called themselves Niitsitapi, or the "original people." Their confederacy stretched well up into Canada, and it was pretty hard to pass through the region without encountering them, which had been the case with Lewis and Clark.  Hostilities between the Blackfoot and American settlers can be traced directly to this first encounter.  This may explain why it took so long to establish a territory in Montana in 1864.

Statehood would come in 1889, as part of the Enabling Act, long after it had achieved its pre-requisite 60,000 citizens.  In 1883, the Northern Pacific Railroad made access to the state much easier, bringing an end to the dominance of the Blackfoot, which had relied heavily on buffalo for both its spiritual and nutritional needs. 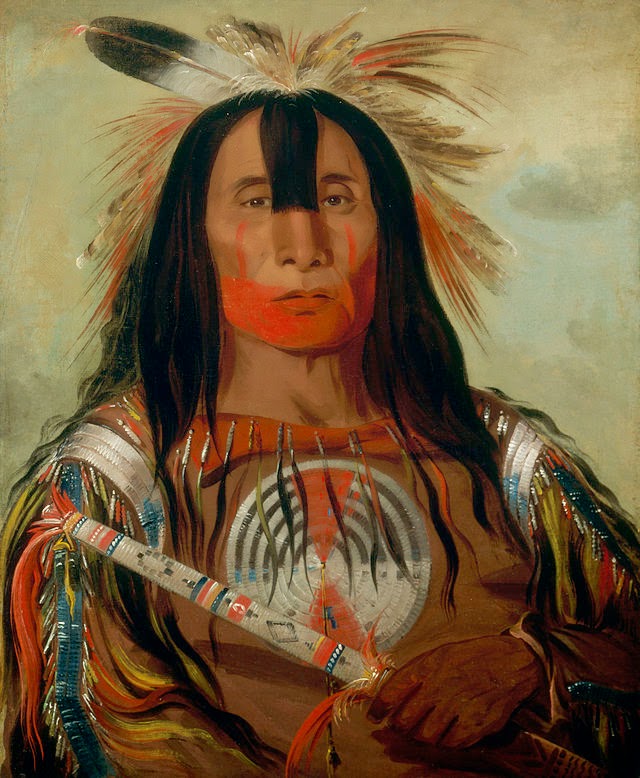 Interestingly enough, it was William Clark who introduced George Catlin to the Blackfoot and other tribes in the Western territories in the 1830s.  It was part of a diplomatic mission to ease anxieties, stirred by the deportations taking place east of the Mississippi.  George Catlin had made the Blackfoot famous with his portraits of their great chiefs, which he made part of his touring "Indian Gallery" in 1838. The "salon style" portraits are important because they gave the native American leaders a dignity normally reserved for white statesmen and leaders.  No doubt these images inspired Guthrie a century later, setting his story in the same time frame.

The Western identity has been preserved to some degree by the national and state parks and reservations, with bison reintroduced to the state.  The Blackfoot are still represented in the northwest corner of the state, where their reservation merges with that of Canada in the beautiful area of Glacier National Park.