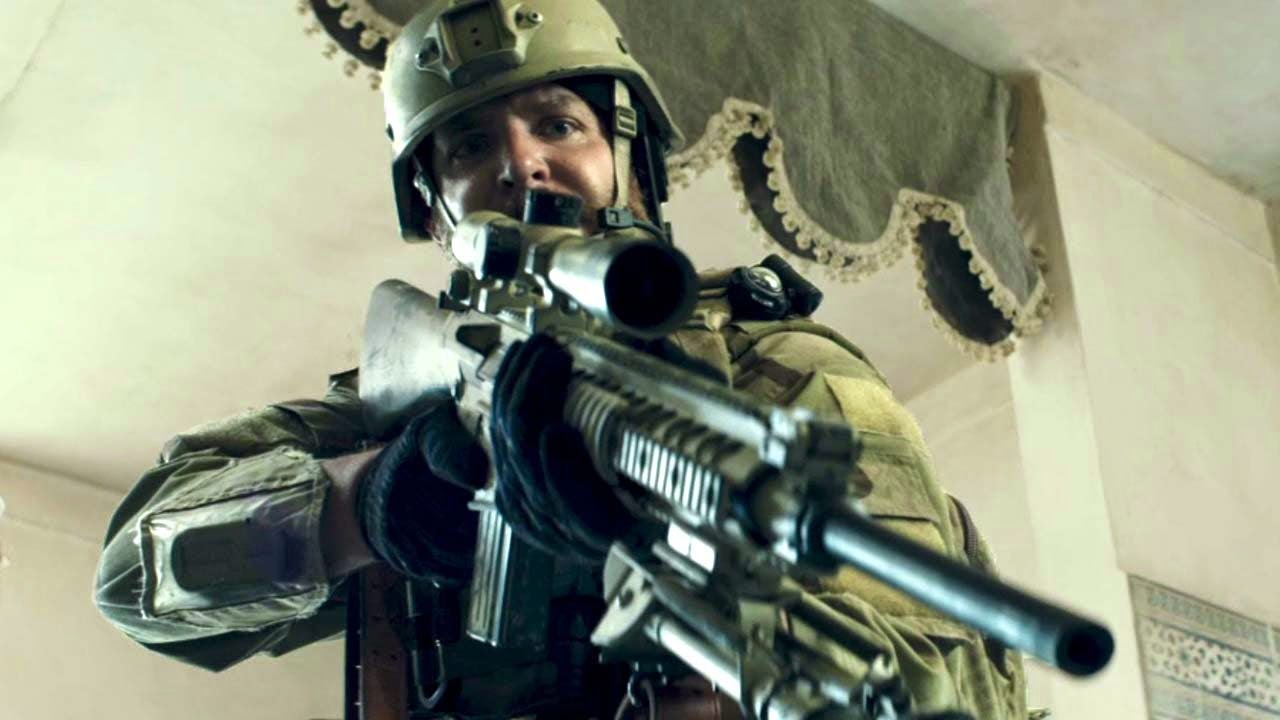 It seems that American Sniper is now a cultural phenomenon, hitting a huge target audience much like Mel Gibson's Passion of the Christ.  Only this time Hollywood gets to rake in the cash as this is a Warner Bros' production not an independent project like Passion was.  Hollywood would have nothing to to do with Mel's "passion play."

Matt Taibbi tees off on American Sniper, which the Rolling Stone resident movie critic, Peter Travers, did not.  Seems Pete bought into all the hokum, whereas Matt sees the film as a "well-lit fairy tale with the nutritional value of a fortune cookie."  Matt goes onto note how such films deflect attention from the real story behind these wars, noting how the plethora of Vietnam War movies in the 80s focused on the hardships of returning soldiers rather than the mess we left behind in Vietnam, much less the motivations that led to the war.  Here we are 30 years later doing the same thing once again, extolling the virtues of our men in uniform without pondering for one moment the sad reality in places like Sadr City, where much of the action in this movie took place.

One of the few movies to capture the tragedy of Vietnam was Full Metal Jacket, which similarly dealt with a sniper, this time on the other side.  A group of American soldiers were literally pinned down by a lone Vietcong sniper in a painful ordeal that really made you wince.  You still come out of the movie feeling more for the American GIs than you do the teenage girl sniper, but at least you aren't left gushing, as has been the case with American Sniper.

It helped having Michael Herr write the script for Full Metal Jacket.  His Dispatches from Vietnam are widely regarded as the best reporting to come out of the war.  He also helped write the script for Apocalypse Now.  Unfortunately, neither Chris Kyle nor Jason Hall, who adapted the autobiography for the screen, are up to Herr's level.  Whereas Chris regaled in his many kills and other brazen acts, Hall shapes the sniper's exploits into a traditional narrative broken into four parts (coinciding with each of Kyle's tours) that have Chris pitted against the opposition's top sniper, Mustafa. 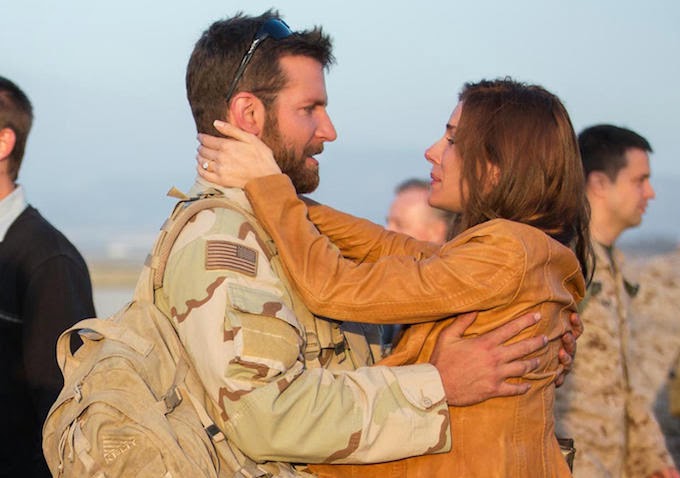 As Taibbi notes, there is virtually no backstory here, at least in regard to the war.  Instead, we get domestic fillers, somewhat like Homeland, that are meant to show the difficulties Kyle has adjusting back into civilian life.  These scenes are so weak that you want to fast forward through them, as they serve nothing more than to accentuate Kyle's "humble" nature and further elevate his stature.

Clint dodges all the hard questions, making this film into a generic Hollywood production meant to make audiences feel good about themselves.  This is a shame, because Clint is usually able to at least hint at the dark side, but the murkiest scene you get in this film is toward the end when Chris and a small squad find themselves pinned down on a roof top with an approaching "desert storm" that forces them to scramble for safety as they were outgunned by a swarm of enemy combatants.

Kyle finally seems forced to confront the reality of the war, but instead of spending time reflecting on it, he drowns his sorrows in a bar, not yet ready to face his family.  Clint spends no time on the events that led to Kyle's death.  He assumes the audience knows what happened, fast forwarding to the memorial that was held for the fallen hero at Dallas Cowboy Stadium.  We now have the death and transfiguration of Chris Kyle into an American icon, as only Hollywood can do.

The movie has also been handsomely rewarded by the Academy with six Oscar nominations, including Best Film and Best Actor, and Clint has earned a Directors Guild nomination for Best Director.
Posted by James Ferguson at 1:40 PM