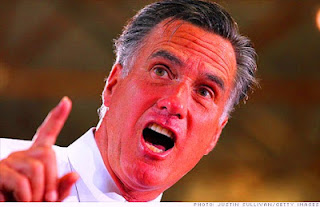 Count how many times Romney says "American Century" in the second clip from this huffpost link.  He seems to think we are losing our place in the world and criticizes China for trying to become an economic and military superpower, as if there is only room for one in the world.  His language is bellicose, and his criticisms of Obama harsh, which is why Obama point blank asked if Romney is trying to incite another war.

It seems that Romney is letting himself be steered by the religious conservative rump of the party, rather than by the neoconservatives, which is why Bill Kristol and others have called him out in recent weeks, especially for his remarks during the unrest in Benghazi.   Huntsman has repeatedly questioned Romney's foreign policy statements, but it seems Huntsman remains firmly in the Republican camp, given his political aspirations for 2016.  Here is Huntsman recently on Morning Joe.  Scroll past the prattle over Mike Barnicle's pink shirt.

I keep hoping that at some point we can come to terms with our notion of American exceptionalism and the devastating consequences of having adopted this as a post-WWII foreign policy.  We made the 20th century the "American Century."  We carry on the Truman Doctrine, having substituted "Islamicism" for Communism.  Obama has tried to strike a balance in his foreign policy, but it is one that doesn't seem to be resonating either in North Africa, the Middle East or in the United States.  As a result, Romney has chosen to incite more unrest in the electorate, both at home and abroad with his outlandish statements.