We demand this fraud be stopped! 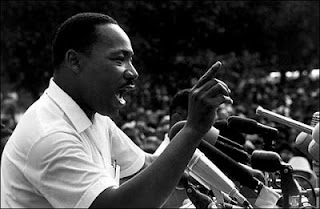 Michigan has become the latest state to adopt a Right-to-work law, in what appears to be a rather blatant effort to further bust unions.  Similar efforts are also being made in Pennsylvania and New Jersey.  On the surface, the Right-to-work law sounds reasonable.  Why should workers be required to be part of unions in order to retain their jobs in closed shops?   I suppose this is why so many Americans support these measures.  But, when you look at the forces at work, notably the Koch Bros, this is nothing more than an attempt to further undermine unions in America, which have suffered greatly ever since the Taft-Hartley Act was passed over Truman's veto in 1947.  Today, 24 states have right-to-work laws, and of couse if Republicans had their way there would be a national right-to-work law undermining those states which still respect unions.  Republican presidents have invoked the Taft-Hartley Act to break strikes, most recently Bush in 2002 to end a longshoremen's strike on the West Coast, which shut down virtually all the ports.  Just shows that the struggle never ends.

Posted by James Ferguson at 4:15 PM