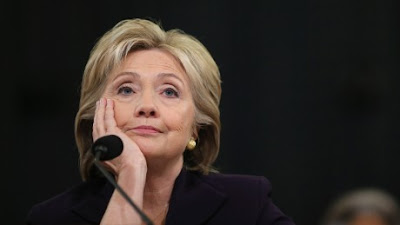 If the aim of this special committee to further investigate the attack on the special diplomatic mission in Benghazi was to destroy Hillary, it failed miserably.  Hillary ripped Trey Gowdy and his hand-picked committee to shreds at a hearing that couldn't have come at a worse time as far as these elections are concerned.

This special committee has dragged this "investigation" out for over a year, after previous investigations by Republican committees yielded nothing.  Gowdy would have been wise to pull the plug months ago, but instead he persevered in the wake of the faux e-mail scandal thinking something would turn up in all those purged e-mails to make Hillary complicit in the events that took place in Benghazi over three years ago.  This despite the CIA telling the committee there was nothing in the e-mails to suggest Hillary had done anything specifically wrong when serving as Secretary of State.

Gowdy can't be held entirely to blame, as the Republicans wanted to drag this investigation out through the entire election cycle, hoping that it would diminish Hillary's stature in the eyes of voters.  But, what happened two days ago had entirely the opposite effect.  Hillary now looks more presidential than ever, having stared down this committee once again and revealed Gowdy and his fellow Republicans to be nothing more than a bunch of spiteful idiots.

If you are looking for a playbook on how not to win a presidential election this is it.  The Republicans tried to take out Hillary even before she declared her candidacy.  Call it a pre-emptive strike if you like, as there were no less than five investigations carried out, which revealed nothing out of the ordinary.  As Jeb Bush said, "stuff happens."   Ambassador Stevens had a security guard of CIA contractors and former Navy SEALS to protect him for specifically this type of situation.  Sadly, his highly trained security guard was overwhelmed.

However, the Republicans were determined to make Benghazi into an indictment of the President's foreign policy and to undermine Hillary Clinton, who even back in 2012 was considered the leading 2016 Democratic presidential candidate.  They went out of their way to "investigate" this incident, creating a cloud of suspicion in the minds of most GOP voters.

Kevin McCarthy had spilled the beans to Sean Hannity, inadvertently discrediting the committee.  Even Fox News was forced to admit the gig was up.  McCarthy was slated to be the next House Speaker after the firebrand Republican representatives had managed to force John Boehner into retirement.  Since then McCarthy has been run out of town as well, leaving the door open for one of the Tea Party's favorites, Jason Chaffetz, to assume the lead in the House of Representatives.

It has been the classic case of the tail wagging the dog ever since the 2010 mid-term elections when the Tea Party vaulted the Republicans back into control of the House, with Boehner nothing more than a titular head.  From the beginning, the Tea Party caucus sought to make the Obama administration irrelevant by imposing its authority in Congress.  They pressed for repeal of "Obamacare." They sought to slash the remaining Stimulus Bill programs and incentives.  They demanded huge cuts in domestic spending, to the point of slashing embassy security around the world.  When Benghazi happened, it wasn't so much an indictment on the Obama administration, as it was the Republican House budget committee, which repeatedly refused to grant additional security requests.  No matter, the Republicans blamed Hillary, or Obama, or anyone other than themselves.

At every turn, the House Republicans did their level best to undermine the President's authority, often with the help of Senate agitators like Ted Cruz, who pushed for a government shutdown in 2013 that blew up in their face.   Boehner tried to do some damage control, but it was too late.  The Republican-led House may have survived the shutdown, thanks to a miserably low voter turnout in 2014, but the GOP faces a potential devastating set of losses in 2016, not just in the White House race, but throughout key Congressional districts, which threaten their control of the two chambers.

Yet, the Republican Party was determined to continue to go after Hillary Clinton, thinking she might fold under the heat of another hearing.  However, she was the one who shined while Gowdy looked more pale than ever as he tried to keep this farce going, even when all the major networks had turned away, including Fox.  Well, GOP'ers, you dug your own hole, now you have to lie in it!
Posted by James Ferguson at 9:48 AM