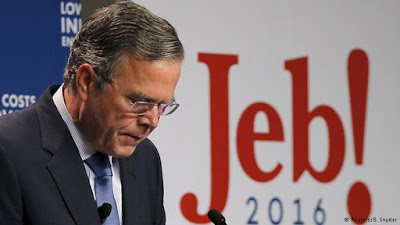 Getting a good return on your investment is pretty rare in politics.  What amazes me is how big businessmen will sink their money into losing efforts when the writing was on the wall all along.  Maybe they thought a huge SuperPAC would carry any candidate through the primaries, but with Jeb calling it quits just three primaries into the election season, the role of big money is now being called into question.

Oddly enough it is Donald Trump who is questioning that line of reasoning.  He's more than capable of funding himself, yet has relied on twitter, instagram, numerous appearances on television news programs, as well as "Trumpkins," cyber bullies and trolls to get his message out.  He has spent far less money than any other major candidate in this campaign, and gotten the most bang for his buck.

In Iowa, Trump spent $90 per vote as opposed to Bush's $795.  In New Hampshire, the Donald spent even less at $40 per vote, as opposed to Jeb's $1200.  Only Ted did better at $18 per vote, investing little energy in the Granite State.  Although, these numbers vary, with some estimates suggesting that Jeb had spent as much $5000 per vote as of February 2.

So, why do billionaires put up so much money early in an election cycle, when it is still essentially anyone's ball game?  Sheldon Adelson has a long history of backing losers from Newt Gingrich to Lindsey Graham.  He supported Carly Fiorina, Sharron Angle and Charlie Crist in Senate bids.  He has poured tens of millions of dollars into each two-year election cycle since 2010, and has lost time and again.  He now seems to be leaning toward Marco Rubio, but is waiting to see how the boy wonder does in Nevada before further funding any presidential candidate.

Trump's counter-strategy is to threaten big donors from investing in his remaining opponents, claiming he will dredge the skeletons out of the Ricketts' family closet if they go with Rubio or Cruz. After Jeb's SuperPAC went down, Trump has been launching similar pre-emptive strikes at other big name donors, hoping to scare them out of the election by drawing their names into the campaign.  Whether such a bold strategy works remains to be seen. 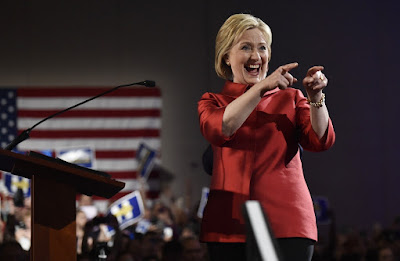 On the Democratic side, Bernie has made his attacks on Hillary's SuperPAC more broad based.  He's essentially turned it into an us-v-them scenario where he represents the grass roots and Hillary the big-moneyed corporate titans, which Citizens United paved the way for.  He has singled out some of Hillary's more lucrative speaking engagements, like that with Goldman Sachs, but investment banks are everyone's favorite bad guy.

At least, big spenders have a 50-50 chance in the Democratic primaries, kind of like going with red or black at the roulette table.  If it had been Uncle Sheldon, he would have probably backed Jim Webb.  It is either Hillary or Bernie, and Bernie has insisted on only taking contributions within the election limit of $2700 per individual.  Most of his contributions are $30 and less.  He has racked up over 4 million contributors to date, essentially matching Hillary vote for vote.  Where he has fallen short, way short, is in pledged superdelegates, which has heavily stacked the deck against him.

Although superdelegates are supposed to remain unpledged until the convention, many are coming out in support of Hillary in the early primaries.  They were able to offset Bernie's victory in New Hampshire when the state's superdelegates all pledged themselves to Hillary.  To date, Hillary has an outsized advantage of superdelegates, which has many Democrats outraged. What is especially ironic is that Vermont's top superdelegate has already committed himself to Hillary, refusing to back the native son who will no doubt carry the state by a huge margin. 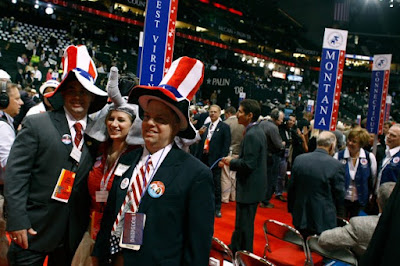 By contrast, Republican superdelegates have to vote for the candidate that won their state.  This was a concession made after the 2012 race when Mitt had sewed up the lion's share of superdelegates early in the campaign, leading opponents to challenge the system.  In a rare move, the RNC actually gave more power to the people.  However, the Republicans still have many winner-take-all states where regardless of the margin of victory, the winner takes all the delegates.  This was the case in South Carolina, where Trump won all 44 delegates with only 32 per cent of the vote.

It won't be so easy for Trump from here on out, as the field of establishment candidates has now thinned substantially with only Rubio and Kasich remaining.  Kasich may not be around very much longer, as the GOP elite is clearly lining up behind Rubio now that Jeb has departed.  This explains why Donald is getting so testy.  To this point he has enjoyed a sizable chunk of the GOP electorate that is deeply committed to him, while the establishment candidates have fought among themselves for approximately half of the GOP pie.

His chief competitor for the anti-establishment vote is Ted Cruz, who has a very large SuperPAC and a well-funded and well-organized campaign that can keep him going throughout the primaries, siphoning away voters who might otherwise lean toward Trump in this battle against the GOP establishment.  Pesky Ben Carson is also peeling away voters from him the longer the good doctor stays in the race.  However, it looks like Trump is making little effort to convert these two to his cause.  In fact, he has done just about everything possible to antagonize them.

Hillary appears to have the Democratic nomination pretty much sealed up.  Super Tuesday, with its majority of primaries held in the South, should just about finish Bernie.  At that point, it will be a matter of what role he plays in the Hillary campaign. 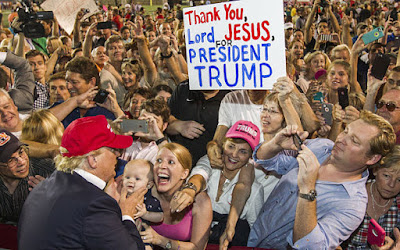 For Republicans, it is not going to be decided on Super Tuesday.  Most likely, we will see a three-way race emerge between Trump, Cruz and Rubio, with Rubio having the solid backing of the GOP establishment.  This will leave Donald and Ted to fight among themselves for the rogue vote.  Uncle Sheldon can breathe a sigh of relief.  Still, the GOP will have to play nice and find a way to accommodate the two rogue candidates, otherwise it could end up with a very nasty convention in Cleveland in July.