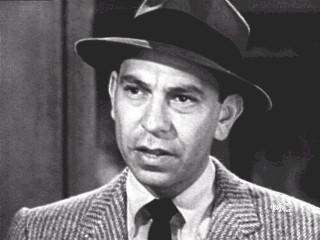 The smart thing would have been for Republicans to lay low, let the Democrats carry out their impeachment inquiry, and then reject it in the Senate.  There's no way the Dems will be able to muster the 67 votes necessary to carry impeachment through the Senate.

Instead, we see the Republicans turning the impeachment inquiry into a three-ring circus.  It seems that a lot of incumbent Republican representatives and senators are worried about getting "primaried," so they are showing their unquestioning support for Trump in the face of the insurmountable evidence brought against him by civil servants in his employ.  The coup de grace may very well be the testimony of John Bolton, who has a big bone to pick with Trump.  What then?

It was better for Republicans that the Democrats kept the inquiry behind closed doors.  That way they could make up whatever damn fool lie they liked to the public.  Now, it will all be out in the open for everyone to hear and so far it has been pretty ugly with all the grandstanding the Republicans have been doing.

Defending the indefensible is tough.  Basically, you have to throw all the allegations back on the Democrats, as Rep. Doug Collins of Georgia tried to do in challenging Rep. Adam Schiff to testify himself.  One of the Republicans' canards is that Schiff coaxed the testimony out of the infamous whistleblower that got this inquiry going, and Republicans are determined to carry this unfounded rumor to the bitter end.

It doesn't matter than many more persons have since come forward verifying the whistleblower's account of the infamous "perfect call," or that Trump and Mulvaney admitted to the extortion racket themselves, Republicans continue to insist that Trump did nothing wrong in pressuring Ukraine to re-open an investigation against the Bidens in exchange for military aid.

The odd thing is that Trump held up the Congressional-approved aid for months, waiting to see what he could get out of Ukraine.  His sidekick Rudy thought he had a hot lead, only to now find himself under investigation for rubbing shoulders with the wrong guys.  Republican Congressmen should be outraged the President overstepped their authority on the matter, which they initially were, but now seem to be in full complicity with the President's actions.  Not a single GOP representative voted for the formal impeachment inquiry, and Senator Lindsey Graham actually tried to block the impeachment inquiry, but was shot down by a federal judge.

All the Republicans have managed to do is call even more attention to the impeachment that threatens to lay out a very compelling case against Donald J. Trump.   The Senate may not uphold the impeachment, but voters very well may do so next year, as the majority of Americans favor the inquiry.

How this support breaks down along state lines remains to be seen.  As long as the electoral college is still in place, Donald J. Trump has a fighting chance to win another term.  However, this does not bode well for incumbent Republican Congresspersons, especially Senators in so-called "purple states," which may very well swing Democrat this time around.  Some of the anticipated casualties include Susan Collins of Maine, Cory Gardner of Colorado, and Martha McSally of Arizona, who is currently filling John McCain's seat.  This is why most Republican Senators are laying low, unlike Lindsey Antebellum, who figures that his home state South Carolina won't vote Democratic in a million years, despite his meager approval ratings.

As for Trump, he is making it all about himself, laughingly claiming once again that no president has had it tougher than he has in the White House.  You would think this endless whining would turn his base off.  They voted for him thinking they finally had a tough guy in the Oval Office.  Instead, they have the ultimate drama queen, turning Washington into a perpetual reality show, topping the television ratings.

The key for Democrats is to not let themselves get sidetracked by all the distractions. They have to stay focused, do their best to stay unruffled like Sgt. Joe Friday.  "Just the facts, ma'am, just the facts."
Posted by James Ferguson at 12:29 PM