The Passion of Cicero 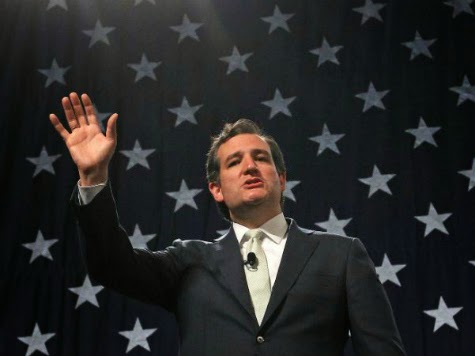 The reaction to Obama's speech last Thursday ranges from the predictable to totally outrageous.  For whatever reason, CNN has made New Gingrich one of its political commentators, and his rebuttal to the president's address has quickly spread through the conservative blogosphere, making you wonder who CNN is serving these days?  It appears to have become a light version of Fox News, hoping to break into its conservative audience.

Gingrich disingenuously claims that Obama's "fine speech" doesn't match the executive orders he plans to carry out.  Newt cleverly ties in "Obamacare" with "Obamagration," making it sound like the President is purposely misleading Americans with his deeply flawed policies, calling it another "Gruber Speech."

This, however, doesn't compare with Ted Cruz's rhetorically charged rebuttal, in which he paints Obama as Catiline from Cicero's famous speech over 2000 years ago.  Cruz apparently wanted to take the high road by referring to a classic text, evoked by Harry Truman and Thomas Jefferson (both Democrats by the way) in the past.  The only problem is that Cruz seems to know Cicero about as well as he does net neutrality, misrepresenting the context of the speech and blurring the lines to justify his own argument.  Easy enough to do with an unsuspecting conservative audience, who probably had to google Cicero if they bothered at all to find out who this Roman senator was.

Roman society was class based.  There was little room for firebrands like Catiline, who threatened the aristocratic order of society by appealing to the masses.  Maybe this is how Cruz sees American society?  But, throughout his tumultuous first tenure as a senator he has taken the conservative "populist" line on almost every issue.  Whatever the case, Cruz explicitly accuses Obama of treason by defying the US Senate, which he claims to represent, even though members of his own party have openly chastised him.

By saying that Obama has dishonestly presented his immigration reform policies, as they claim he did the Affordable Care Act, or worse that he is committing treason, these Republican spokesmen are setting up impeachment hearings by accusing the President of "high crimes and misdemeanors."

It doesn't matter that the President has a legal team that has studied the Constitution and has crafted his executive orders in such a way that they don't overstep his authority.  In fact, more than once during his speech he referred to the Senate immigration bill that has been sitting in the House of Representatives for over 500 days because the House Speaker has refused to put the bill to a vote on the floor out of fear that there might be just enough Republicans to help Democrats carry the bill, as they represent districts that want immigration reform.  This handful of Republicans, like Geraldo Rivera said on Fox News, know that immigration reform is necessary, even if they don't trust the President.

Rivera embraces his immigrant past.  Ted Cruz does not.  Cruz would like us to think that his American roots go back as far as Jefferson.  Maybe his mother does, but his father immigrated to the United States after Castro had assumed power in Cuba.  Dear old Dad denounced his socialist roots and became a religious zealot, prone to racist statements.  Ted has become the darling of the Dominionists, which should give any suspecting American citizen great pause, as these persons actively promote the "End Times."

Gingrich just wants Obama out, much as he wanted Clinton out.  Ted Cruz seems to want a public hanging, working on the basest fears of his deeply conservative audience -- a very dangerous form of rhetoric that is far more threatening to our society than is immigration reform.