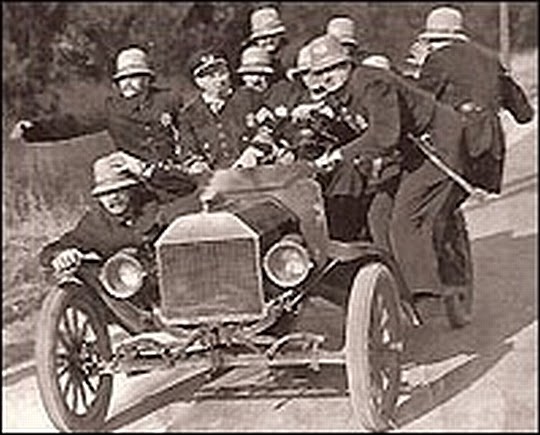 Senate Democrats are looking like the Keystone Cops these days, as they try to work out a last session deal with the Republicans to approve the Keystone XL pipeline, over Obama's veto if necessary.  Keystone Mary is leading the charge in a last ditch effort to hold onto her Senate seat , but Republicans have already promised her opponent, Bill Cassidy, an energy panel seat should he win.  Too little, too late, Mary.

Harry Reid blasted the pipeline deal last month, but it seems he is open to some kind of deal that would free up the backlog of presidential administration nominees without having to resort to the "nuclear option."  Obama has already made it known he wants to clear the slate before January, notably the confirmation of his attorney general nominee, Loretta Lynch.  However, the Republicans want Lynch off the table, no doubt planning to make a big show trial next year over this contentious nominee.

Reid is also a marked man.  The GOP has made it a top priority to oust Reid from the Senate in 2016, so you would think Reid wouldn't make it any easier on the Republicans before then.  However, Harry is the consummate politician, always ready to deal, especially if he thinks it will help him hold onto his seat.  How else to explain giving both Elizabeth Warren and Jon Tester greater roles in the Senate, when the two represent totally different interests.

The Democratic Party once again appears to be splitting itself.  The Republicans hope to cleave off enough Democrats to gain a filibuster-proof majority in the new session, which would reduce Harry Reid to a hollow voice.  This is what the Democrats tried to do back in 2009 when they lured Arlen Specter over from the other side to carry the vote on the Affordable Care Act.  However, that move blew up in Harry's face as the Republicans took 7 Senate seats in the 2010 mid-term elections and have been blocking Democratic legislation ever since.

Alison tried to call attention to Filibuster Mitch in her campaign against him, noting the 413 times McConnell blocked Senate bills in one way or another, not to mention the countless number of presidential administration and judicial appointments.  Obviously obstruction works, as Mitch held off pesky Alison and the Republicans overtook the Senate with a potential turnover of 9 seats this time, pending the Louisiana Senate runoff.

Keystone has always been an utter waste of time.  This pipeline would do little to boost the economy, which is already booming as far as oil and shale is concerned.  Gas prices continue to drop throughout the country.  The only real benefit of Keystone is to Canada, which would have direct access to the ports of the Gulf of Mexico, and to the various American interests who have invested in the pipeline.  These interests are the one's bankrolling the Republican Congressional campaigns. 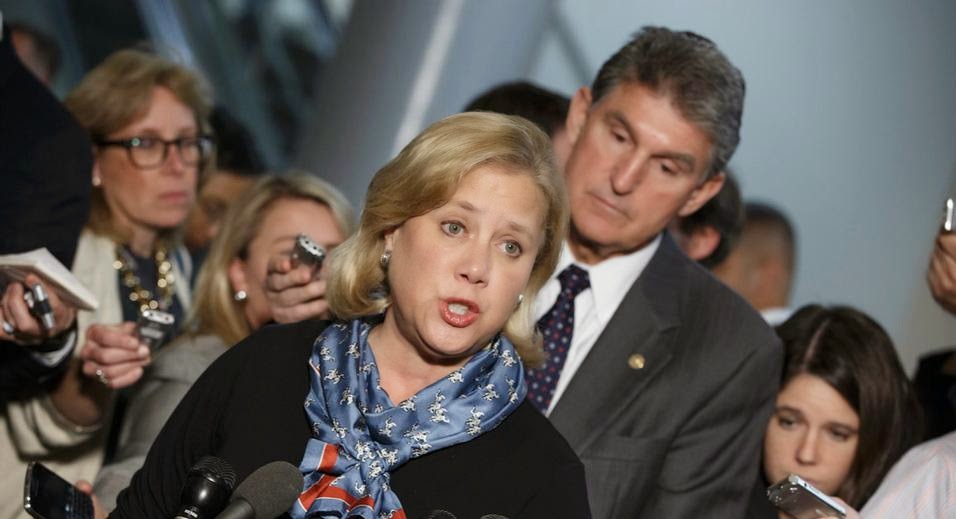 Landrieu comes from a state that relies heavily on oil, so it is no surprise to see her pushing this bill.  You can expect Jon Tester, Joe Manchin and other Blue Dog Democrats to join her.  That's Big Joe behind Mary.  It appears Dirty Harry has acquiesced to a floor vote, despite his once stern opposition to the pipeline.  However, it is doubtful it will save Keystone Mary's seat, or even Harry's in 2016.

Posted by James Ferguson at 2:28 PM