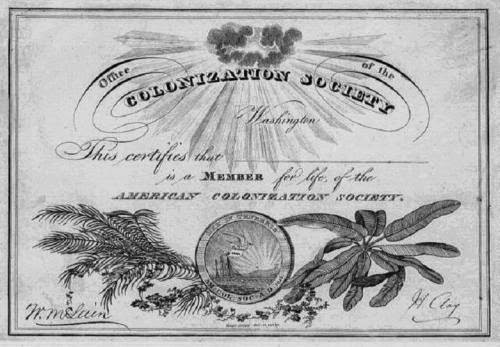 Seems the authors of this new book are hoping to generate some buzz, as I don't think there is anything particularly controversial about Lincoln's views on colonization.  Most historians have covered this.  Yet, Magness and Page seem to think they have presented startling new revelation,

Colonization after Emancipation: Lincoln and the Movement for Black Resettlement explores the previously unknown truth about Lincoln’s attitude toward colonization. Scholars Phillip W. Magness and Sebastian N. Page combed through extensive archival materials, finding evidence, particularly within British Colonial and Foreign Office documents, which exposes what history has neglected to reveal—that Lincoln continued to pursue colonization for close to a year after emancipation. Their research even shows that Lincoln may have been attempting to revive this policy at the time of his assassination.

Looks like they even used the same image from Team of Rivals for their cover.  Magness appears to be a very young historian, judging by his profile.  I hope he has at least read Goodwin.
Posted by James Ferguson at 12:47 PM