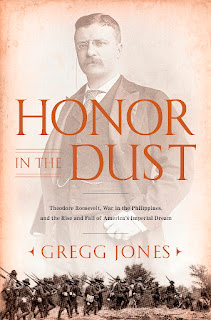 
What is striking about Honor in the Dust, Gregg Jones’s fascinating new book about the Philippine-American War, is not how much war has changed in more than a century, but how little. On nearly every page, there is a scene that feels as if it could have taken place during the Bush and Obama administrations rather than those of McKinley and Roosevelt. American troops are greeted on foreign soil as saviors and then quickly despised as occupiers. The United States triumphantly declares a victorious end to the war, even as bitter fighting continues. Allegations of torture fill the newspapers, horrifying and transfixing the country.