The End of History, Part II 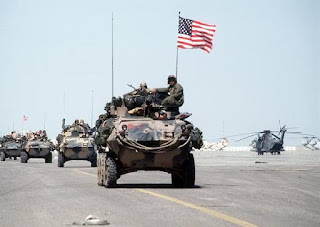 To continue the densely packed Episode 9, Ollie seems to think that the real reason for the Persian Gulf War was not so much oil, but rather to send a message to the Soviet Union that the would remain the world’s dominant super power.  The Truman Doctrine revisited.  Stone shows us doctored photos, phony eye-witness accounts and other damning evidence that the first Bush administration built an unwarranted case against Saddam Hussein in late 1990 and carried out another illegal war (like it did in Panama a year earlier) largely to undermine the Soviet Union’s presence in the Middle East.

In Stone’s vision, Yasser Arafat didn’t recognize Israel because of pressure put on him by the United States, but rather in acquiescence to Gorbachev’s benevolent wishes.  However, a cursory look at Arafat's bold declaration in late 1988, while Reagan was still President, shows that secret negotiations with the Palestinian Liberation Organization had been going on since 1987 through PLO officials in Stockholm, leading up to Arafat's major concessions at a PLO conference in Algiers in November 1988.  Arafat would finally step forward with full acceptance of UN resolution 242, accepting Israel as a state, in Dec. 1988, well in advance of the Madrid Conference in 1991, where formal peace talks began.

Stone doesn't talk at all of Charles Schultz' Peace Plan Iniative, which began in early 1988, or efforts by European counties to broker talks.  He sees the Bush administration as a return to the days of Truman, focusing primarily on the two wars carried out during this time.  He seems to draw heavily from Chalmers Johnson's Blowback series, questioning the ever-growing number of American military bases around the world with the Soviet Union eroding before our eyes.   Stone delves into a little bit of the Bush family history and how this would shape Dubya’s subsequent administration after Republicans were forced to endure ’s long tenure.

As Stone points out, it wasn’t like steered significantly away from the first Bush administration.  maintained a strong presence in , creating “untold” hardships on civilians.  The “peace dividends” from the end of the Cold War never materialized, as defense spending remained as high as ever.  The economy was also driven by the same forces.  It didn’t take a Republican House of Representatives to force in this direction, which Stone seems to imply.  It had been all spelled out in the 1992 general election.  If there was anything Bill learned as governor of , it was how to work with conservatives.

The Clinton administration embraced Russia and the new Eastern European countries, but rather than aid these countries in their development, Stone tells us that American advisers, notably Jeffrey Sachs and Larry Summers, sent these countries into an economic tailspin by pushing reforms these countries were ill prepared to handle.  He cites some woeful figures, such as the eroding life expectancy rates in , to prove his point.

However, what really got Ollie’s goat was ’s expansion of NATO, with the addition of the Czech Republic, Hungary and Poland in 1999.  This apparently went against a verbal agreement between H.W. Bush and Gorbachev in .  As Ollie's story goes, Gorby would accept the unification of , if the did not expand NATO into .  Gorby was pushing his revised dream of a Commonwealth of Independent States at the time.  Of course, Gorby was now gone and unified, but what Stone fails to mention is that the Eastern European countries saw NATO as an insurance policy against any future Russian aggression, and were very amenable to NATO membership.  They weren't the least bit interested in Gorby's CIS. 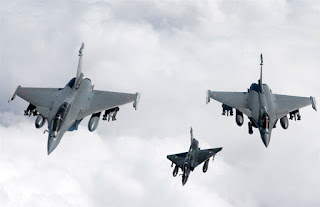 Sadly, these small countries don’t really seem to factor into Oliver Stone’s Untold History of the .  I assume it is because there were no bloody civil wars with the taking one side or the other, like there had been in , which Stone went into great detail in the previous episode.  He mentions the Balkan wars only in passing, which is what led to NATO expansion in .  Ollie appears to view history as a Manichean struggle between dominant powers, with the Soviet Union no longer around to challenge American hegemony.

He presents the  as the New Rome with the century drawing to a close, replete with clips from Gladiator. This opened up a vast new landscape for the next president.  He introduces George W. Bush as Commodus, in his reference to the movie.