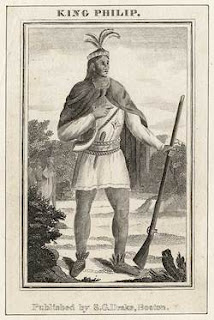 I finally finished Dan Richter's Facing East from Indian Country.  Very strong ending as he writes that the Revolutionary War was as much about nullifying the British treaties with Northeastern Indians as it was about taxes, illustrating how the Colonists felt that the Indians were allies with the British, and that the British treaties impeded Westward territorial expansion.  After the war, when some of the Northeast tribes were able to forge treaties with new United States, Jefferson and others undermined them by encouraging northeastern territorial governors, like William Henry Harrison in the Indiana territory, to encourage trade which would put the local tribes into debt, settled only by land acquisitions.  In this way the US was able to get Ohio and Indiana for roughly two cents per acre.

The frustration among the indigenous tribes was best summed up in William Apess' Eulogy on King Philip, referring to the famous Metacom.  Apess, a metis who had skipped around from foster home to foster home as a youth, elevated the famous Wampanoag chief to an indigenous hero, far greater than George Washington and other heroes immortalized by the Revolutionary War.  Apess had been an itinerant Methodist preacher before organizing the Mashpee Revolt in Massachusetts in the early 1830s.  He essentially turned Daniel Webster's mythmaking about the Pilgrims on its head, offering a counter-version of the settling of America that went largely ignored in its time, but has since been resurrected in North American literature anthologies.  He was one of the few native Americans effectively able to convey his sentiments in English, and was quite prolific in his writings.

Richter does for Appess's Eulogy what Eric Foner did for W.E.B. DuBois' Black Reconstruction, restoring a famous narrative to its rightful place in history.
Posted by James Ferguson at 2:38 PM