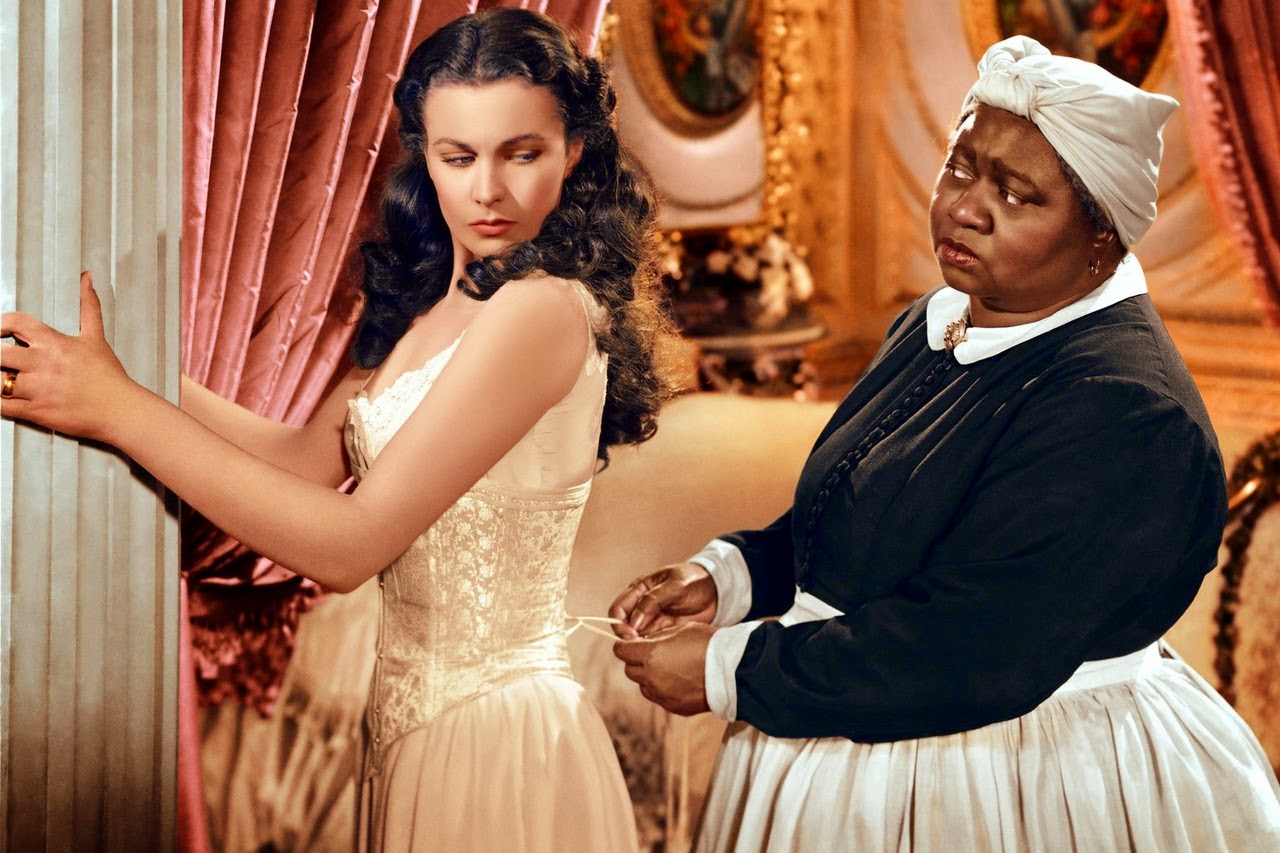 It seems Gone with the Wind doesn't have the same hold on the American imagination it once did.  The film has been a perennial television favorite for decades, long after its premiere at the Loew's Grand Theater in Atlanta, 1939.   The epic classic has been dressed up in a 75th anniversary edition DVD box set and is enjoying another run at select movie theaters around the country.

GWTW was a good bad book made into a good bad movie that rekindled the American imagination for the Deep South, ravished during the Civil War.  It was kind of a War and Peace for Americans, a romance novel writ large set against the backdrop of war.  It lacked the philosophical insights of Tolstoy's great novel but made up for it with a whirlwind of emotions best captured in this signature scene.  Like the novel, the dialog was so far over the top that you can't help but laugh at many of the scenes, especially with the greatly inflated musical score.

The Washington Post interviewed Mickey Kuhn, who played 7-year old Beau Wilkes in the movie.  Olivia de Havilland offers more pithy insights in this interview in the Garden & Gun (now that's a magazine title you won't forget soon).  The grand dame seems to bristle at some of the questions.  I loved her response to "who got the best performance out of you?"  --  "They didn't get the performances out of me.  I gave the performances to them."  The interview actually dates from 2010, and was reprinted in the magazine.

Olivia played Melanie Hamilton, a distant cousin to Scarlett O'Hara.  She was nominated for Best Supporting Actress at the 1940 Oscars, but that award went to Hattie McDaniel, pictured above with Vivien, for her role as Mammy.

GWTW swept the Oscars, although Clark Gable lost out to Robert Donat in Goodbye, Mr. Chips.  Of course, "Windies" saw this as a brazen oversight but Clark already had an Oscar to his credit (the much better It Happened One Night), so it was no great loss.

Love it or hate it, this film still lingers in the imagination, and for many will continue to do so long into the future.  There is something about love among the ruins of a great war that grips us to the depths of our soul, no matter how well or how badly it is told.  Even Tara is being restored.
Posted by James Ferguson at 8:27 AM