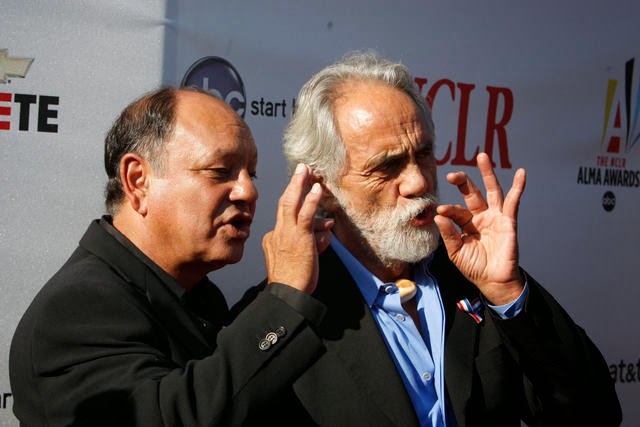 For those who thought William Bennett had retired to the Cayman Islands, he's back and as surly as ever, castigating Americans for their renewed fascination with pot.  The former drug czar has come out with a book, co-authored by Robert A. White, telling us of all the overlooked dangers of cannabis.  Going to Pot is not likely to become a bestseller, but I'm sure it will be referenced by Baba O'Reilly and others on Fox News, who have likewise spoken out strongly against the legalization of marijuana.  This review by Jacob Sullum is all you will probably want to read of the book, as it sounds loaded with the kind of specious data one has come to expect from right wing conservatives.

The funny thing is that William and Robert find themselves outside the Libertarian strain of their own political party, which also calls for the legalization of pot.  Ron Paul crossed party lines back in 2011, co-authorizing a bill with Barney Frank that would have allowed states to introduce their own legislation regarding marijuana.  Turns out states didn't need a new amendment to the Constitution to do so, which of course is what infuriates Bennett the most.

It is hard to really understand this crusade of Bennett, other than he felt he was being missed and needed to reassert himself on a familiar topic.  As Drug Czar under George H.W. Bush, he was a big advocate of zero tolerance when it came to any kind of drug. This meant you could have your car or boat or house confiscated if caught with even the smallest amount of an illegal substance. Fortunately, this policy was eventually declared unconstitutional.    However, he left a horrible legacy that is still being felt today with the huge number of incarcerations for drug-related crimes, most of which are for simple possession.

Even if states can't bring themselves to legalize pot, many have decriminalized pot, and recently Bill DeBlasio decided to curb arrests of small-scale marijuana possession in New York City, much to the chagrin of the police commissioner, who vowed to continue making arrests, if for no other reason than spite.  That seems the only reason for Bill Bennett to write a book like this as well, as research continually points toward the decriminalization of marijuana, with the new Surgeon General admitting marijuana "can be helpful," although he still cautioned against its use.

There are much greater things to worry about, like our ever-eroding individual rights in many states, than there is about pot, but sadly Bill still doesn't get it.
Posted by James Ferguson at 11:02 PM