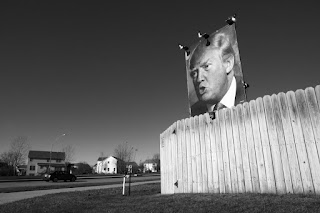 Just when the media had Trump on the hook, they got distracted and let him go.  Once again, we are back to Hillary.  This time in relation to the Steele Dossier, a report initially commissioned by Republican opposition in the primaries and eventually funded by Democratic opposition during the general election.

We knew about this dossier since at least October 2016 when Mother Jones ran a story on it, but news of this infamous report had been leaked to the press long before.  In it, Christopher Steele, a former MI6 intelligence officer, outlines how Russia had Donald Trump by the balls, to put it bluntly, but some of what was in the report seemed too far-fetched to use on the campaign trail and so the report was shelved.

Then in January 2017, shortly before Trump was inaugurated, Buzzfeed published the entire report, which was roundly criticized by the national media, claiming there was no substantiation to the allegations.  But, the FBI was interested in it anyway, and in August contacted Christopher Steele, who revealed some of his sources.

This spurred a so-called "independent watchdog group" to file a complaint against Hillary and the DNC for not reporting the funds allegedly provided Steele.  So now it is Hillary who is to blame for the Russian collusion charges that have haunted Trump since last October.

As expected, the media has gleefully run with the story, even the Washington Post, which Sarah Huck-huck-huckabee cited in her tweet on the "fake" dossier, after claiming that the Post itself was "fake news" at a press conference the same day.

We all know that someone with links to the DNC paid for the report.  This was cited in the Mother Jones story back in October 2016.  The client wasn't necessarily a part of the Hillary campaign or the DNC itself.  TheWashington Post also points this out, but Sarah only read headlines.

It seems the dossier was privately funded, first by Republican backers and later by Democratic backers, looking to paint Trump into a corner.  How true any of the allegations in the dossier turn out to be is anyone's guess, but the Trump camp has found a way to spin it to once again put Hillary in the media cross hairs, while Donald plays another round of golf.

Sadly, this has been the pattern throughout his administration.  The media simply can't stay focused, and to a large degree that is because Trump appears to have a myriad of rabbit holes underneath the White House.  I'm beginning to worry he might just elude the media for the entirety of his administration because journalists are too busy chasing him down these rabbit holes rather than keeping their eyes trained on the White House.

Whether or not the DNC or the Hillary campaign paid for the dossier in part or whole is no concern.  Obviously, neither felt there was enough in it to use against Trump during the campaign.  He was too busy giving them juicy material, such as attacking Gold Star families, shitting on a former Miss Universe, and revealing himself on Access Hollywood, none of which made a dent in his campaign.  Even if he had this reported "golden shower" in a Moscow hotel room where the Obamas once slept, it is doubtful it would have had any impact either.  By October 2016, everyone knew what a shit Trump is, yet many Americans voted for him anyway.

For all we know Christopher Steele may have played disgruntled Republicans and Democrats in the same way Natalia Veselnitskaya and some Russian businessmen played Donnie Jr., by providing some juicy information that led nowhere.  It's one of those classic red herrings that leads sleuths off the trail.

One can only hope that what remains of our "independent media" gets back on the trail, and returns to Trump, who continues to drag the reputation of the United States into the sewer.  He has Senate leaders scrambling to resolve the crisis he created by not certifying the Iran nuclear deal, trying to come up with some plan to keep DACA, and hoping to find a bipartisan compromise on the ACA subsidies, all because of his impulsive need to rid the world of the Obama legacy.   These are far more important stories than the Steele Dossier.