It seems the producers of Atlas Shrugged will finish the story after a lackluster first two installments that failed to generate much interest.  To help Ayn Rand's canonical work reach a broader audience, the production team has enlisted the talents of Ron Paul, Glenn Beck and Sean Hannity.

Paul seems like a good fit, being an ardent Libertarian himself who may have actually read Atlas Shrugged, but Beck and Hannity are suspect, given their fundamental religious leanings.  As Elizabeth Stoker points out in her opinion piece, Ayn Rand was a staunch atheist and the film's message is starkly anti-Christian.  But, they are only being asked to play themselves.

Ever since the book started being mentioned in political conservative circles, I had to wonder how the Republican Party can embrace Ayn Rand.  Yet, not only Ron Paul, but Paul Ryan and others constantly refer to her.  Many thought (including myself) that Ron Paul named his son after the Objectivist writer, only to disappointingly find out it was just a shortened form of Randal.  Maybe he read Rand in Ophthalmology school?  Even Sarah Palin found herself compared to Dagny Taggart, the heroine in the novel, but alas the Alaskan maverick didn't rate a bit part in the last installment.  As Jennifer Burns noted in her 2009 book, Goddess of the Market, Ayn Rand "has been the ultimate gateway drug to a life on the Right."

Stoker notes that the Conservative Right didn't have much time for Rand when her 1000+ page opus first appeared in bookstores in the late 1950s.  William F. Buckley, Jr. and Whittaker Chambers both wrote scathing reviews.  Chambers compared her simple materialist system to an oxcart without wheels.  But, Rand already had a devoted following, thanks to the success of The Fountainhead and her Obectivism tracts, so she didn't need the approval of the National Review. 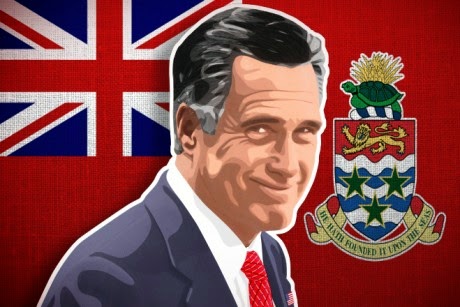 The story may have seemed preposterous back in 1957, but not so much today as literally trillions of dollars are missing in circulation, hidden in offshore accounts all around the globe.  Romney serves as the unofficial ambassador to the Cayman Islands.  Forbes conservatively estimates the worldwide buried loot at $21 trillion, but other sources have it much higher.  With so much money out of circulation, it leaves countries hard pressed to generate the revenue needed to carry out long-standing social programs, not only in the US but throughout Europe.  Greece nearly went bankrupt largely because of its inability to collect taxes from the super rich.

The richest one per cent hold an estimated 46 per cent of the world's wealth, which Thomas Piketty says will only get worse if the G20 countries don't get together and charge a worldwide wealth tax.  Of course, such a tax is highly unlikely.  Corporate and income tax  rates have steadily declined since their peak in 1957, so it seems that economists and politicians did take cues from Ayn Rand's books, notably Milton Friedman, who was apparently a devout Randian.  Ditto, Alan Greenspan, and to a lesser extent Ben Bernanke.  The Federal Reserve has been promoting Randian economic policies for decades now, allowing for this great wealth imbalance to take place. 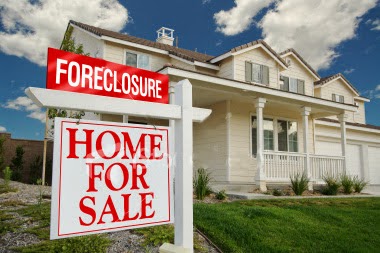 Of course, the 2008 crisis didn't help matters any.  All those foreclosures allowed banks to consolidate even more wealth, especially when the government generously offered to cover their losses.  The mortgage relief provided in the 2009 Stimulus Bill did little to offset the tremendous losses suffered by the Middle Class, which has steadily shrunk since its peak in the 1960s.

The Socialist policies that Ayn Rand railed against never came to pass.  The Free Market has prevailed, but unfortunately most of us are poorer for it.  Trickle Down economics dried up like the Colorado River thanks to all the dams that favored the rich.  It's not like anyone ever paid those exorbitantly high taxes of the Eisenhower era.  Just as today the average Corporate Tax rate paid is 12 per cent, far below the actual rate of 35 per cent. Romney struggled to pay 12 per cent in his 2011 return, forgoing deductions he would have normally taken.  Thanks to an army of lawyers the rich find their way around paying taxes whether they hide their money or not.  It's the rest of us dupes forced to pay payroll taxes and take standard deductions on income tax that cover a large portion of the federal budget.

Yet, to hear Tea Party pundits like Hannity and Beck, the tax rate is still too high and driving away businesses from the US.  Ron Paul would have the federal income tax abolished all together.  Ayn Rand lives on through third-rate hacks like these guys.  Only fitting that they should appear in the final chapter of this banal trilogy.  Mitt Romney can lend his Park City home for John Galt's secret hideaway, as little time as he spends there.
Posted by James Ferguson at 6:51 PM