When is a war not a war?

The Bergdahl case is turning into a speculative three-ring circus, as many conservatives are fuming over the swap that secured his release.  It seems a lot of folks were taken by surprise with this trade, including John Boehner who is now calling for a House investigation on the Bergdahl Swap.  The best one was Saxby Chambliss claiming he never heard of it before now, despite being on record for voicing his objections when the swap was first proposed to select members of the Senate in 2012.  The Obama administration had previously informed the House in 2011 of its intention.  I guess Boehner and Chambliss never thought the President would actually go through with it but he did. 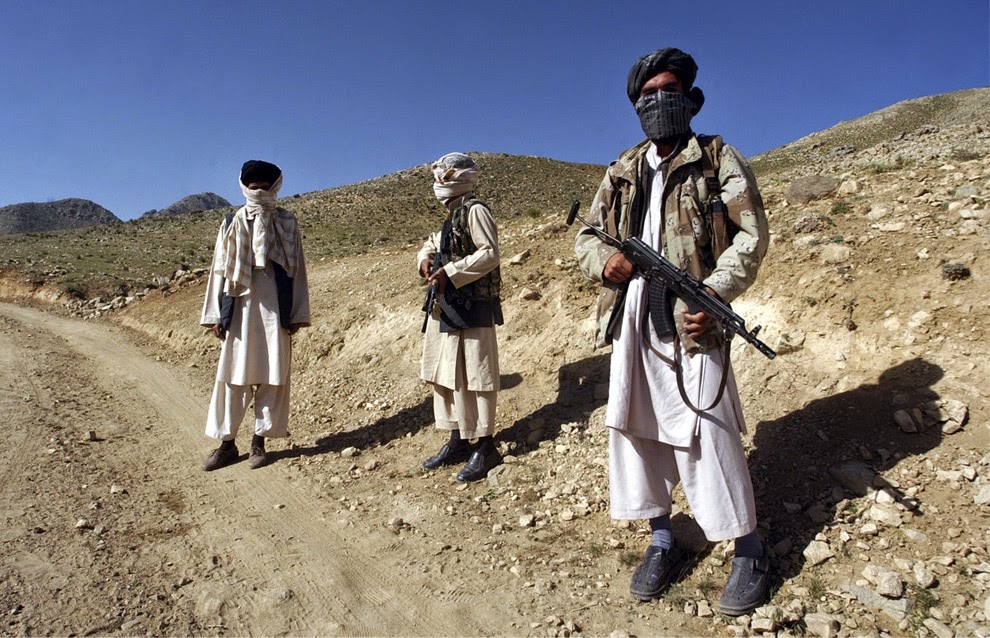 Afghanistan has been a murky place from the start.  The United States couldn't declare war because the Taliban itself had not made any act of aggression toward the US.  So, we ended up with a NATO-sponsored mission dubbed "Operation Enduring Freedom," which would eventually fall under the rubric of the War on Terror that defined the Bush Doctrine.   After" liberating" the capital by air, the Northern Alliance marched on foot to claim Kabul for all peace-loving citizens of the world.  The US and NATO set about "stabilizing" the country by rooting out al Qaeda and their Taliban collaborators.  Hamid Karzai was declared the "interim leader," a post he has held for over 12 years, but apparently will step down this year after the final election results this month.

The War on Terror gave the Bush administration much more freedom to wage battles wherever it saw fit.  The use of drones grew substantially, knocking out suspected terror cells all around the globe, not just in Afghanistan.  It also allowed Bush to bend and utterly distort military intelligence to make audacious claims like Saddam Hussein providing support for al Qaeda and rebuilding his nuclear weapons operation.  The infamous "white paper" the Bush administration presented to Congress in 2002 led to the overwhelming approval of an assault on Iraq that would topple the Bathist government, and ultimately lead to the capture of Hussein.  The military apparently used a deck of 52 cards to identify the "bad guys" in the Hussein regime with Saddam as the Ace of Spades.

It all had the feeling of something out of a 1950s B-movie except that these non-wars were actually taking places and lives were being lost everyday, including American soldiers who were finding it difficult to secure these belligerent countries.  After five years of bumbling around in Iraq and Afghanistan, Robert Gates was called in to clean up the mess in 2006. The affable Donald Rumsfeld was let go.

Things took on a more serious tone.  Gates wasn't one for jocular one-liners.  He demanded order and discipline and set about defining a clear mission as well as endgame to both incursions.  It is for this reason that Obama kept Gates on as Secretary of Defense in his administration, determined to have a smooth transition and end to hostilities within his first term.  He achieved this in Iraq, but Afghanistan lingered on.

It became the forgotten war until the release of Bowe Bergdahl last month.  I think many persons assumed it too was over, not realizing there are still 32,000 American troops stationed in Afghanistan, carrying out military missions throughout the country.  Obama had significantly boosted the American presence in hopes of repeating a surge like that in Iraq, which seemed to subdue the belligerents.  However, the surge doesn't appear to have yielded the same results in Afghanistan and ever since 2011 the US government has been seeking peace talks with the Taliban through third parties, hoping to bring an end to the hostilities that have plagued this nation for decades. 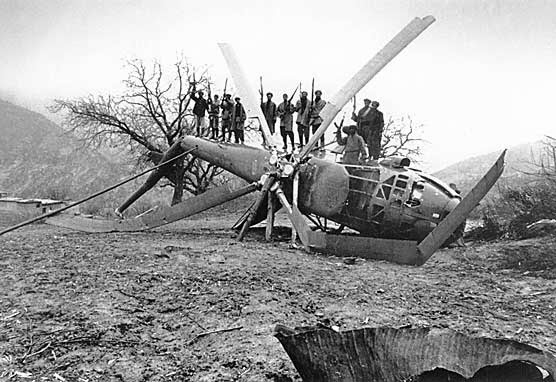 As in Vietnam, there was a previous war in Afghanistan, one that malingered through the 1980s as the Soviet Union tried to maintain a sympathetic government in Kabul, which resulted in an insurrection in 1979 and a 9-year war that greatly taxed the USSR.  The United States actively supported the insurrection, much like it did the French attempt to reclaim Vietnam by providing military and logistical support to the Mujahideen.  In this chaos, the Taliban was formed which offered security to villages in exchange for devotion to their militant brand of Islam.  By the mid-1990s the Taliban had gained the upper hand and the Mujahideen were forced to the fringes of the country. They loosely became known as the Northern Alliance, headed by the charismatic Ahmad Shah Massoud with his trademark Afghan cap.

The Taliban didn't win over the world with its defiant brand of Islam, especially when it chose to blow up the ancient Buddhas of Bamiyan in 2001.  Apparently, there was no room for anything other than Islam represented in the country.  This was a zero-tolerance government that demanded absolute submission to its militant ideology.  Women were the prime targets of their harsh rule, subjectied to wear the notorious Burqa in public under threat of death.

One of the few friends the Taliban had was Osama bin Laden, who had moved his operations from Sudan to Afghanistan to make it more difficult for the United States to track him down.  Bin Laden gave the Taliban badly needed financial support and in return they gave him a staging ground for his ongoing jihad against the United States.  It was a symbiotic relationship in many ways, however Mullah Omar, the spiritual leader of the Taliban, appeared willing to give up America's most wanted enemy if the US would recognize his government.

As we know, George Bush brooked no compromise, demanding the unconditional release of bin Laden, and when that wasn't done Operation Enduring Freedom commenced with a series of air strikes on Kabul that had the Taliban fleeing to their remote caves.  The Northern Alliance proudly marched into the capital in late 2001.  Unfortunately, Massoud did not live to see this day as he was assassinated shortly before the operation began, presumably by the Taliban or al Qaeda.  He has since been proclaimed a national hero with September 9, the day of his death, declared Massoud Day.

The Taliban still controls many of the remote regions of the country.  Efforts to reclaim these regions haven't been very successful, such as the attempt in Paktika Province where Bowe Bergdahl found himself stationed.  It also doesn't help that the Taliban can move freely across the Afghan-Pakistani border, blending into local villages or simply hiding out in caves waiting for propitious moments to attack American and NATO bases.

This guerrilla war has taken its toll and so now the US finds itself in the unpleasant situation of suing for peace with the Taliban through Pakistan and Afghanistan in an effort to bring stability to both countries.  It is hoped that after 12 years of constant fighting, the Taliban is just as tired of war as is everyone else, but it would be surprising if they had compromised their militant view of the Koran in any way.

This malingering incursion has taken a huge toll.  Over 3400 coalition soldiers have died in Afghanistan since 2001.  There has been an estimated 35,000 Taliban deaths, and an additional 20,000 civilian deaths during that same time.

Efforts at rebuilding the country have been marred by the continual violence.  Still, there have been some gains, notably a greater freedom of movement for women, including education which the Taliban had previously denied them.  Kabul is open for tourism, but one is strongly warned against traveling too far afield in this country.

In its own messy way things are a little better now than they were 12 years ago in Afghanistan, but was it worth it? The cost of the undeclared wars in Afghanistan and Iraq are predicted to top $6 trillion.  That's roughly one-third of our national debt, making this ongoing War on Terror far more costly than Vietnam ever was.  Bowe Bergdahl has become an enigmatic symbol of this undeclared war, as we try to assess the emotional cost as well.