Portrait of a Novel 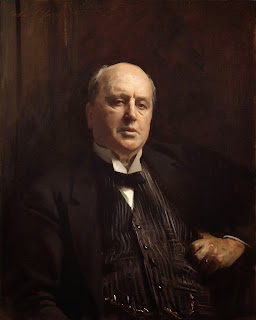 Michael Gorra starts with an elderly Henry James in his adopted home of Rye, sitting down at the table, taking his pen to the pages of Portrait of a Lady and working through the text anew.  Apparently, James was an unsatisfied editor, never content with his work, and reshaped his 1881 novel considerably in 1906.  So much so that it appeared new to American readers.

Of course, many persons probably hadn't read it the first time.  Portrait of a Lady did well in publication, but mostly in Britain, where James spent the greatest part of his life outside the United States.  You can see him a little bit like Prospero in his library.  A man now well into his 60s looking back on his earlier days.

Gorra takes the 1881 edition as a starting point for his study of what many consider to be Henry James' greatest novel.   It isn't a novel in the classical sense, as he explores his characters with a degree of depth rarely seen before.  To many critics, it is the advent of the modern psychological novel that would become ubiquitous in the 20th century.

For many of us who have read the novel, it is the 1906 edition, as it is the one that has been most often published, but you can read the 1881 edition in the Library of America collection, Novels 1881-1886, which also includes Washington Square and The Bostonians.

Look forward to the discussion.