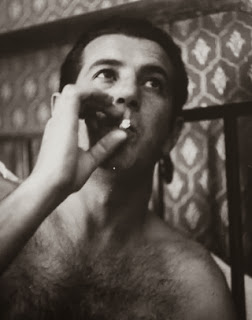 Not to be outdone by the ongoing Mark Twain Project, we have the second volume of Hemingway's letters (1923-25), written largely from Paris, where he was in the process of finding his voice.  Judging from this review in the Kansas City Star, we read a "relaxed, playful, impulsive, solicitous, boastful and indignant" young Hemingway, pretty much covering the spectrum of emotions.  He was only starting to garner attention for short pieces like Soldier's Home, which oddly enough referenced The Kansas City Star.  He had moved well beyond being a cub reporter for the newspaper and was now looking back at the war and his Midwest roots.

He moved in a great circle of writers which included Ezra Pound and Gertrude Stein, and seemed to enjoy taking swipes at fellow American writers like Sherwood Anderson and Willa Cather.  He apparently held Stein's opinions in high regard and badly wanted her to review his collection of short stories, In Our Time, but Stein refused, earning his contempt as a result.  All this seems to set the stage for his tumultuous first novel, The Torrents of Spring.
Posted by James Ferguson at 9:16 AM