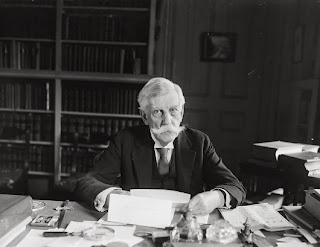 It is time to start thinking of our next reading group, and I can't imagine a better subject than free speech.  Thomas Healy, a former federal appeals court law clerk has written an account of the landmark case in which Oliver Wendell Holmes changed the course of history.  The Great Dissent has received sterling reviews and at a little more than 300 pages can be easily digested in the course of a month.

Also worth noting is that Holmes was a great friend of Henry and William James.  He came out of the strong intellectual ferment of Boston.  Was an active abolitionist at a young age, enlisted in the Massachusetts militia, suffering wounds at Antietam and Chancellorsville during the Civil War.

In his dissent of the verdict reached by the Supreme Court on the Abrams case, Holmes seemed to go back on his earlier Scheneck decision, but he didn't see the pamphlets being distributed by Abrams as representing a clear and present danger to the United States.  This paved the way for much looser interpretations of the first amendment.
Posted by James Ferguson at 2:34 PM